Had traditional fish head steamboat recently with the family at a zhi char stall and thought I wanted to replicate something similar but on a smaller scale. And although yam is commonly used in fish head steamboat, I decided to give it a little twist by using pumpkin instead. The sweetness from the pumpkin gives the soup a very refreshing taste indeed. Using fish bones, the soup base was simmered for a good 3 hours before using it to cook the soup. The excess soup stock was portioned into individual servings and freeze for future use which is really convenient.

The pictures probably don’t justify the dish much this time as I was in a rush to finish the photography and indulge in the meal after the extensive time taken to cook the soup base. But I must say the soup was really good, so good that I actually finished every single drop of it.

As you can see from my IG feed, I have always been a fan of fish soup. And if you have been working long enough in the CBD area, you would also realise that fish soups probably call for the longest queue amongst all other foods everyday during lunch. It’s healthy and delicious and most importantly, not fattening ! LOL.

So sharing this Pumpkin & Grouper Fish Soup here and hope you will like it too. You can also replace the fish with any kinds of sliced fish you desire. And since it’s the first day of December 2019 today, hope everyone will have an awesome time enjoying the last month of the year too ! 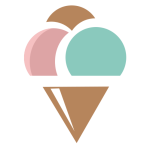